When someone refers to an arrows “forward of center” or “FOC,””, what they’re talking about is where the arrow’s “Center of Mass” is in relationship to the actual center of the arrow as measured from front to back. Center of mass is the center of an object’s weight, whereas the actual center is simply its middle point.

You see where your arrow’s Center of Mass is by balancing it on your finger. Wherever you have to place the arrow for it to remain stable, that is the arrow’s center of mass or balance point. It is the point where the portions of arrow on either side of your finger weigh the same. For an arrow to fly correctly, its center of mass needs to be “forward of center” (FOC) or in front of the actual center of the shaft as measured from front to back. This happens when the front of the arrow weighs more than the rear.

In the past, forward of center was only considered as a factor in arrow flight and accuracy, but Ed Ashby in his studies uncovered a new secret weapon for bowhunters. Ed found that increasing an arrow’s FOC to levels above 19% does more for the penetration of a strong, and perfect flying arrow than any other factor. According to the Ashby Reports, the more you increase forward of center (FOC), the better. Penetration gains of as much as 60% have been shown in some cases where extreme FOC levels have been used! 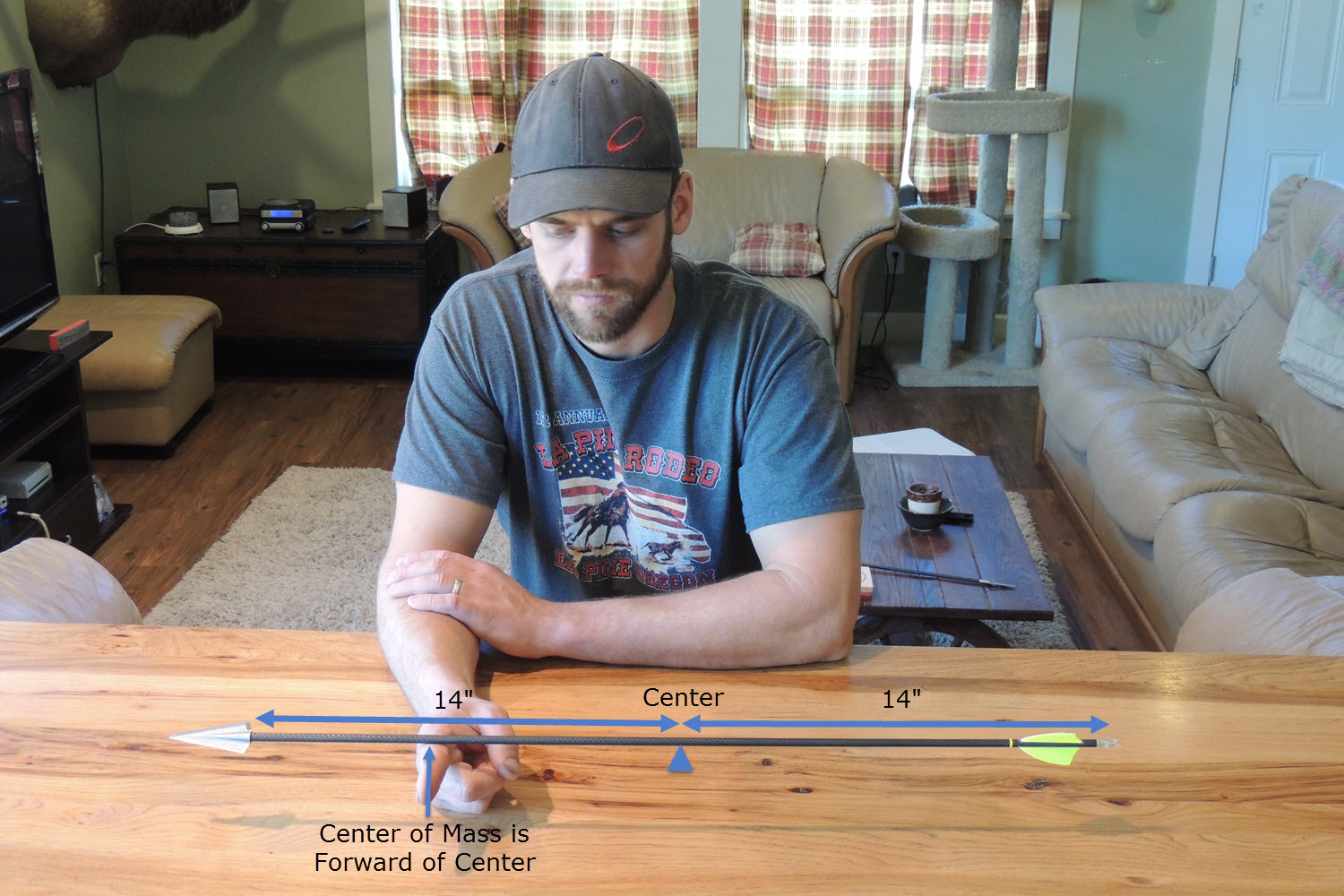 Notice this arrows balance point or “Center of Mass” is in front of the actual center of the arrow, giving it “Forward of Center”. Since the arrow is balancing this means that the sections to the front and rear of this balance point (my finger) weigh the same.

For more information about how to make your arrows perform better while hunting, get your copy of the book “Can’t Lose Bowhunting” by Jeremy Johnson