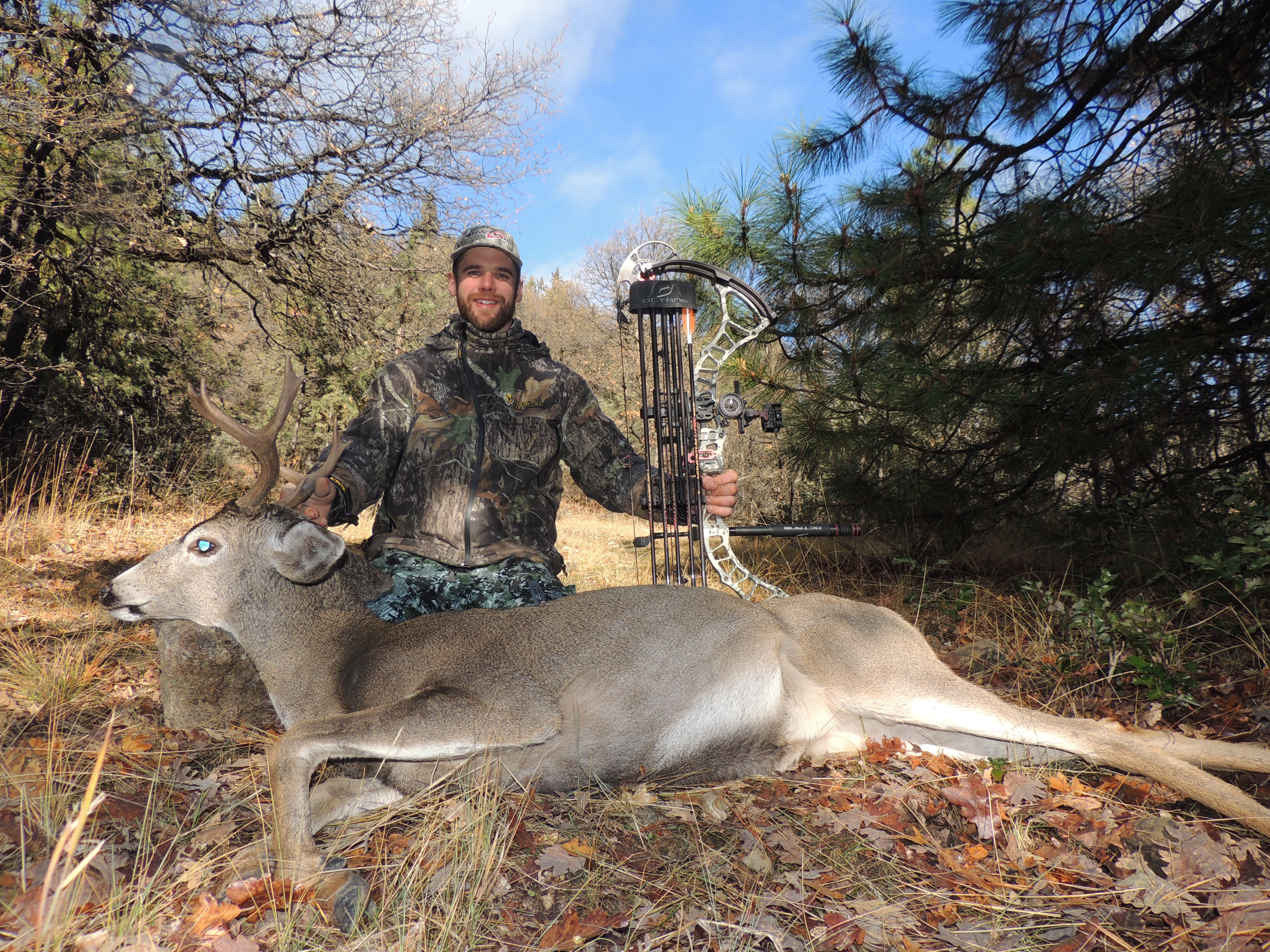 To learn more about how to deal with arrow trajectory, order your copy of "Can't Lose Bowhunting" by Jeremy Johnson

Arrow speed has been so oversold by the bowhunting industry over the last couple decades that people are scared to raise their arrow weight. They fear that without that tight pin gap they’re bound to miss. I can relate; I felt the same way when I first considered the idea of heavier arrows. After losing a few animals though, I decided I would rather miss them than wound any more. The funny thing is, after I did switch to a heavier arrow I didn’t miss, and I did kill a lot more animals.

To my surprise I discovered is that inside 30 yards, the trajectory difference wasn’t enough to matter in hunting situations. With a little practice most anyone can judge distance well enough to shoot the lungs out of a deer when it’s close; and beyond that, it’s best to use a rangefinder no matter what weight of arrow you shoot.

Heavy arrows also help make up for their slight shortcoming in trajectory by being more forgiving in regards to kill zones. By this I mean an accidental bad hit is not a deal breaker if you’re using a Plan B type arrow. I’ve been on both sides of the fence and found that the benefits of a heavy arrow far outweigh the loss in trajectory, and without a doubt gives me better odds of success.

Another interesting point to consider is, if arrow speed is so important in killing animals, then how is it people have been successful at it for thousands of years with longbows and recurves at under 200 feet per second?